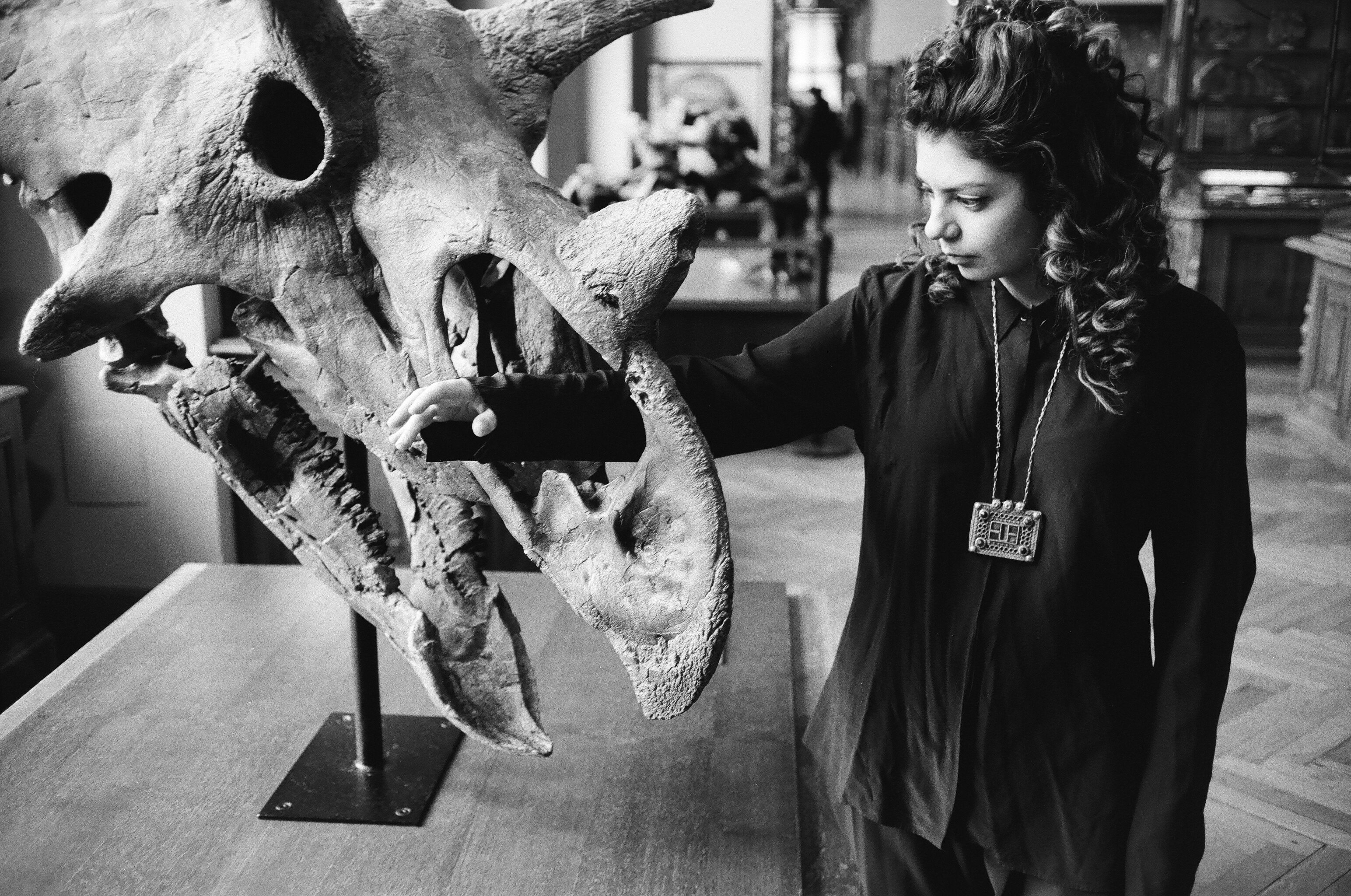 Rojin Sharafi is a sound artist and composer of acoustic, electro-acoustic and electronic music based in Vienna.

She has been working on different multimedia art projects and has been collaborated with different musicians, Ensembles, filmmakers, video-artists and performers.

Her music passes the borders of genre, while borrowing some elements from different epoch and classes such as Noise, Folk, Ambient, Metal and contemporary music. Fusion texture, narrative layers and formalistic approaches are her musical trademarks.

Her creation process and pre-production include: studies on concept, searching and collecting sound material, improvising with instruments in a group or in solo, working on the texture, experimenting with form and sketching the structural process, recording in studio and realizing the final production.

She focuses on cinema, theatre and music studies in order to make interdisciplinary dialogues between music and different mediums. She borrows concepts or argues discourses like narrating methods, structural-montage, flashback/flashforward, role-play, architecture in cinema, collage, MacGuffin, etc. in her works.

This approach shows itself especially in her experiments with form and structures, where the different time qualities come into play.

Her musical language in each piece has been designed both vertical and horizontal in each layer, stem or instrument. In that context she elaborate different colors of sound, break and silence and defines her ton-material, which could vary from project to project. Microtonal systems and polyrhythmic motifs are common components of her works.

In her pieces, the process of characterization of the music instruments, their gestures, actions and interactions to each other and to their own past and future go parallel to their quality of sound and the musical language they go with.

She often talks about an interdisciplinary genre aesthetic. This concept opens new windows to a synesthetic world, where different aesthetic languages in different mediums merge and mingle and build up a new aesthetic.

A flash back to longlong ago

Her fascination of different music genre comes from her teenage times, when she developed a passion for knowing new alternative rock and heavy metal bands and used to collect ancient and folk music from different regions especially from her homeland, Iran. She was 5 when she had her first playful touch with music instruments at Orff classes and two years later she began to play the piano. Before that she used to collect cassettes and re-record her voice or her playing the Xylophone. Being a teenager, she also started to explore contemporary art through getting in touch with cinema and literature. A way that led her to classical contemporary music of 20th century. The abstract world of contemporary music was fulfilling her desire for abstraction, form and time architecting. Through music she obtained a better understanding of her synesthetic mind.

Improvising with music instruments and analogue/digital setup have widened up her perception to different time qualities and methods of composing and decomposing dramatic moments like tension, suspension and surprise.

Some of the time qualities that she defined in her compositions are: fluid time (first part of “the tribe…”), solid time (second part of “by the bye…”) and frozen time (end of “defamiliarizing…”, where audible motifs are displayed and remained as sound-monuments)

She leads her compositions and her productions parallel to each other. Realm of electronic and acoustic music help her expand her observations and researches on sound. Benefitting from her sound engineering knowledge and her trained ear has deepened her studio works and productions.

Multi-media art projects inspire her to share her view with other artists and to get to know their approaches and their way of thinking. She has been working with different soloists and Ensembles like Black Page Orchestra, Ensemble Platypus and Ensemble Phoenix Basel and artists like Iris Blauensteiner and Yalda Zamani.

Rojin Sharafi was born in 1995 in Tehran. She is currently studying sound engineering and composition at university of music and preforming art Vienna.